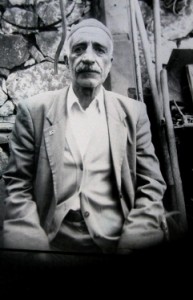 (LENOX, Mass.) – Afghanistan To France; 6,000 Miles of Portraits, an exhibition of photographs by Molly and Aurélien de St André taken on a road trip in a vintage 1960s Volkswagen van from war-torn Central Asia to present-day France, is on display at LOCAL beginning Saturday, May 19, 2012, and running through June 22. There will be an opening reception with the artists on Saturday, May 19, at 5pm at LOCAL.

Molly and Aurélien de St André are artists who own Moho Designs, a local screen printing and design company. Molly, a Berkshire native and Simon’s Rock graduate, has spent five years teaching and making art in central Asia. Aurélien, a painter and graphic designer from La Rochelle, France, who has worked in exotic places such as Kabul, Istanbul, and Reunion Island off of Madagascar, has just survived his second Berkshire winter.

The couple met in Kabul, Afghanistan, in 2006, when both were working for Turquoise Mountain Foundation (TMF), a nongovernmental organization promoting and supporting Afghan traditional art and architecture. TMF was a small, passionate group of expatriates and Afghans at that time, seeking to foster the tiny community of traditional artists and craftsmen who had survived 30 years of war and ultimately create the production power and market for a sustainable art and craft industry. 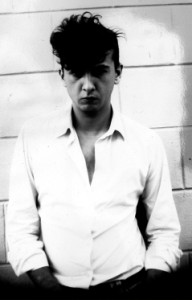 “On the side, there were other things to be passionate about,” say the artists. “Kabul was a city that was set back in time like no other city that either of us had seen before, and the people had a resourcefulness that was truly impressive. Ancient wooden donkey-pulled carts bumped softly over the dirt streets on two SUV sized modern tires, men took passport and visa photos with a black box all-in-one lab and camera obscura on the street corner for a few dollars—ID pictures that develop while you wait; the oldest camera technology with the newest of customer service principles. And vintage cars long extinct in other parts of the world were serving new functions in Kabul — large scale planters, unique property defining fences, and tiny pop up shops.”

The two bought an Afghan camera for a little more than $100 American and a 1966 Volkswagen minibus made especially for the Afghan market for just a little bit more. “No one understood what we would do with such a useless vehicle,” they say. After a small amount of tuning, it drove almost 35 miles an hour reliably and made a totally impractical way to travel.

“When we left Afghanistan in 2008, the bus stayed behind, but the dream to ride it overland and home to France never died,” they continue their story. “After two failed attempts to get the bus out the country in the following two years, we finally found a plausible route. 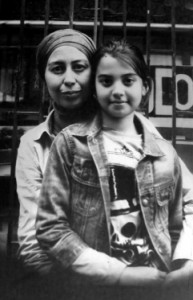 In 2011, the couple embarked on a dream trip with a mission to take pictures of the faces they met along the way – captured in the current exhibition. Traveling with two relics, a VW minibus that had made its way across Europe and into Central Asia in the sixties before either of them were born, and an Afghan box camera with a legacy much older and more complex than anyone knows, they drove from Afghanistan to France in the spring of 2011.

Both machines were cumbersome and awkward in their very design and nature. Neither handled like a dream. The bus with its wide set eyes and huge grin wobbled on four wiggling tires. The camera and its wooden tripod weighed over 40 pounds and required more than ten minutes of finagling before capturing a long, static moment onto a single sheet of photographic paper.

“It is 6,000 miles of road from Afghanistan to the west coast of France, and we passed through eleven countries, using our upgraded pinhole black box camera with its Russian lens to take 150 portraits of faces along the way. Each pictures tells a small piece of our travel story.”

The LOCAL exhibition will be the first time that a selection of these photographs will be shown.