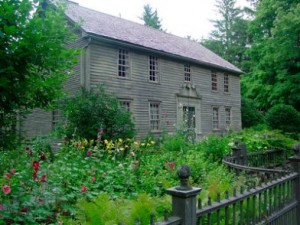 (THE BERKSHIRES, Mass.) – Merriam-Webster introduced the word “staycation” into its dictionary just as the recession officially ended in 2009 and more vacationers were opting to stay at or closer to home. With gas prices still high and the aftereffects of the recession still being felt by many, staycation is a buzzword that is here to stay.

According to The Massachusetts Office of Travel and Tourism, more than 35% of residents travel within the state each summer. ABC News just reported that a recent Marist Poll found that 55% of adults said they will not be booking a summer vacation this year, with the remaining saying they will take several shorter weekend trips (18%), take one or more long getaways (16%), or will do both or “other” (11%).

For those who are staying close to home or just looking for some new mid-summer ideas and adventures, The Trustees of Reservations (The Trustees) — the nation’s oldest statewide land conservation organization with 105 beautiful reservations located around the state — offer countless fun ideas to add to your summer “to do” list, many of which are free. Most of these ideas can be done less than a tank-full of gas — or better yet, on your energy-independent bicycle – and are free or heavily discounted for Trustees members:

·                      Volunteer as a family at a local Trustees property or nearby farm to clear harmful invasives species; maintain hiking trails; or plant, weed and harvest fresh produce for local farmers markets and food pantries

The Trustees’ sites in the Berkshires include: 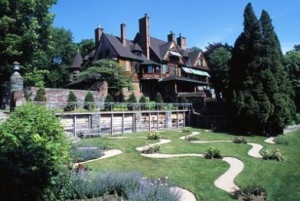 Naumkeag is a treasured National Historic Landmark from the Gilded Age located just half a mile from downtown Stockbridge. Designed by the famous firm of McKim, Mead & White and built in 1885 as a summer “cottage,” the home features original 19th- and 20th-century furnishings, art, personal family and household items. Behind-the-scenes historic house tours, perfect for all ages, are offered throughout the summer. The house’s living space spills outdoors into eight acres of breathtaking and whimsical “garden rooms,” which evolved over several decades of collaboration between Fletcher Steele, considered by many to be America’s first modern landscape architect, and his patron, former owner of the home, Mabel Choate. Children will be enchanted by the water features, the Chinese Garden, and the garden rooms. Kids can explore more deeply with an easy-to-follow outdoor scavenger hunt, while the adults take a self-guided audio tour (FREE with admission), which brings the world-famous gardens to life through the words of Steele and Choate themselves, complemented by comments from garden historians and background music.  House and garden tours: FREE/Trustees members, $15/adult non-members, FREE/children 12 and under.

Before or after your visit, consider stopping at Mission House, another National Historic Landmark owned and operated by The Trustees, which offers garden and museum tours where you learn more about the Native American history of the area and the place where Stockbridge was first founded. Tours: FREE/Trustees members, $6/adult non-members, FREE/children 12 and under. 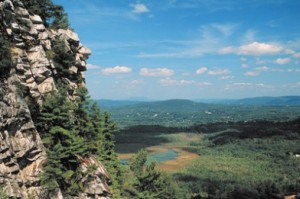 The view from Monument Mountain (photo by R Cheek)

For more than 20,000 visitors a year, a hike to the top is an annual rite. For lovers of art and literature, it is a pilgrimage. For almost two centuries, Monument Mountain has been a source of inspiration to poets, novelists, and painters. On August 5, 1850, Nathaniel Hawthorne and Herman Melville enjoyed a well-chronicled picnic hike up Monument Mountain. A thunderstorm forced them to seek shelter where a lengthy and vigorous discussion ensued, inspiring powerful ideas for Melville’s new book, Moby Dick. But this is your vacation. So don’t be daunted if you’re not feeling similarly creative. Instead, you can challenge yourself on three miles of trails, some steep, that lead through a white pine and oak forest with mountain laurel, hemlock, maple, and birch. The reward of panoramic views of Southern Berkshire County from the summit is certain to reassure your ego that coming here was a brilliant idea in its own right.

On August 7th from 9:30  to noon, join The Trustees and The Berkshire Historical Society for a guided hike to retrace the footsteps of Herman Melville and Nathaniel Hawthorne. As the two authors did, share a glass of champagne (sparkling cider) and a reading of William Cullen Bryant’s famous poem named for the mountain. Led for the 26th year by Gordan Hyatt of the Berkshire Historical Society. Event is FREE. 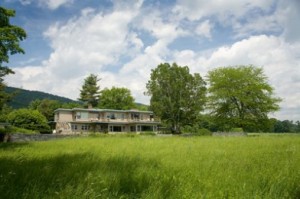 Streams disappear into caves. A house sprouts a silo. Massachusetts’ highest mountain looms in the distance. Field Farm is full of contrasts and unexpected sights that will catch your attention and make you question your assumptions about the New England landscape. On four miles of foot trails, the forests, farmland, and meadows of Field Farm unfold for visitors like a picture book of some idyllic past. That only makes a visit to The Folly, a Modern-style cottage built on the property in 1966, and an overnight stay at the Guest House, with its Scandinavian furniture, modern art, and international-style architecture of straight lines and glass, all the more striking. But for those who gaze out the windows while enjoying breakfast, it becomes clear that more recent art and architecture at Field Farm are reverent additions that make an unforgettable place whole. If you’re visiting the Berkshires, the Guest House is a soothing place to stay and a close drive to Mass MoCA, the Clark Art Institute and other attractions. Rooms are discounted for Trustees members. 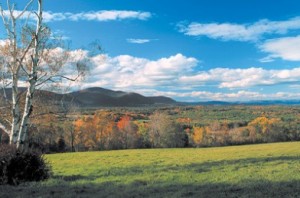 It takes a very special place to become a National Natural Landmark. Bartholomew’s Cobble received the designation in 1971 as home to one of North America’s greatest diversities of fern species as well as the widest variety of forest types in Berkshire County. Named for its two rocky knolls that rise above the Housatonic River, Bartholomew’s Cobble is as breathtaking as it is fascinating. Whether you participate in one of the property’s many events and programs, or simply watch the world go by from the grassy summit of Hurlburt’s Hill, know you’ll be experiencing the best nature has to offer. The Cobble offers guided Sunday canoe trips throughout the summer and fall, where you can paddle the winding Housatonic to view the beauty of this meandering river as it passes through agricultural fields and floodplain forests. Watch for bald eagles flying over Bartholomew’s Cobble and learn about the river’s history and what is happening to restore some of its most precious habitats and species from its upper reaches in Pittsfield through Massachusetts and into Connecticut. Sunday canoe trips: $24/Trustees members, $10/children ages 10-16; $30/non-members, $15/children ages 10-16. Paddles, life preservers, and boats are provided. Please pre-register. 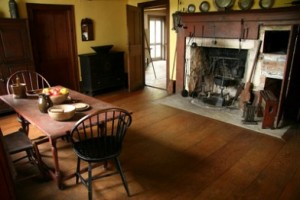 History buffs take note! In the late 1700s, the Ashley House sat on the edge of the Massachusetts Colony, and at the cutting edge of history. In this, the oldest house in Berkshire County, seeds of the American Revolution were planted in the famous Sheffield Resolves. Drafted in an upstairs study of the house, the Resolves were sent to Boston in 1773 to support the Patriots’ struggle against British tyranny. The link between the home and independence did not end there. Less than ten years later, Elizabeth Freeman (nicknamed and formerly referred to as “Mumbet”) who was enslaved by the Ashleys, successfully sued for her freedom under the new state constitution, helping end slavery in Massachusetts. The Ashley House is a key anchor site on the Upper Housatonic Valley African American Heritage Trail (AAHT), providing a great day trip/learning opportunity for kids, schools and families. To help kick off the AAHT’s 5th anniversary as well as the 230th anniversary of Elizabeth’s court case decision, The Trustees and AAHT partners are hosting their annual Elizabeth Freeman day on August 21st and unveiling a new visitor center designed by local graduate students from UMass Amherst beginning at 12NOON. All ages are welcome. Event is FREE and open to the public.

More about the Trustees of Reservations

The Trustees are 100,000 people like you who love the outdoors and the distinctive charms of New England, and believe in celebrating and protecting them for current and future generations. Founded by open space visionary Charles Eliot in 1891, The Trustees “hold in trust,” and care for, 105 spectacular “reservations” located on more than 26,000 acres in 75 communities throughout Massachusetts.

Fifty percent of the population of Massachusetts lives within 5 miles of one of The Trustees’ reservations, all of which are open for the public to enjoy. Properties range from working farms and historic homesteads — several of which are National Historic Landmarks — to formal gardens, barrier beaches, open meadows, woodland trails, and mountain vistas and 3 green, LEED-certified buildings, including the Doyle Center in Leominster, which serves as a meeting space and gathering place for the conservation community.

The Trustees are committed to being a force of action in creating a sustainable future and are working to promote healthy, active, green communities around the state, by providing hundreds of year-round programs and events that inspire people of all ages to enjoy the outdoors and appreciate the history, nature, and culture of the Commonwealth. Most programs and events are free-of-charge or heavily discounted for members.

Accredited by the Land Trust Accreditation Commission, The Trustees are an established leader in the conservation and preservation movement, The Trustees also hold perpetual conservation restrictions on more than 19,000 additional acres (a total larger than any other conservation organization in Massachusetts), and have worked with community partners to assist in the protection of an additional 16,000 acres around the Commonwealth.

One of the largest non-profits in the state of Massachusetts, The Trustees employ 152 full-time, 49 regular part-time, and 400 seasonal staff with expertise in ecology, education, historic resources, land protection, conservation, land management, and planning. To find out how to apply for employment, request a speaker for an event, become an organizational partner, interview Trustees’ experts on important topics and issues, or become a member, donor or volunteer, please visit Trustees of Reservations.