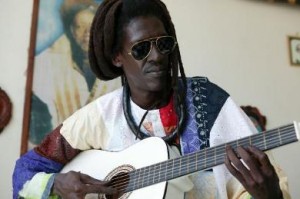 (GREAT BARRINGTON, Mass.) –  On his latest album, Jamm (World Circuit/Nonesuch Records) only his fourth in 15 years, Afrobeat bandleader-singer-guitarist-percussionist Cheikh Lô includes a song called “Bourama,” recroded with former James Brown sideman and arranger Pee Wee Ellis. The song opens with a funky, African percussion groove atop which Ellis lays down the theme on tenor saxophone, before Cheikh Lô comes in on vocals. Cheikh Lô sings the first verse, with Ellis sometimes harmonizing, and then Ellis takes off with a jazzy solo connecting Africa to American jazz.

The dynamic is probably typical of one can expect of Still Black, Still Proud, on Friday night at the Mahaiwe at 8, when an all-star ensemble of African and American jazz and funk talent, including Cheikh Lô, South African singer-songwriter/activist Vusi Mahlasela (known simply as “The Voice” in his homeland), Pee Wee Ellis, and Ellis’s fellow saxophonist in the JBs, Maceo Parker – each a star in his own right, and together, without exaggeration, as the Boston Globe called them, “a pancontinental funk-soul supergroup” – pays tribute to the give-and-take between James Brown’s deep funk-soul and the music we have come to know as Afrobeat. 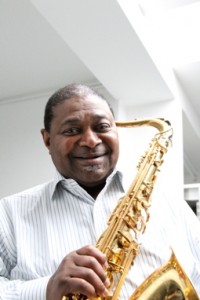 For all its diversity, Jamm is rooted firmly in Lô’s own backyard, built around simple demos recorded with GarageBand software at the house of his friend and bass player Thierno Sarr. Lô’s lead and harmony vocals, acoustic guitar, and percussion have been augmented with additional electric guitar, drums, bass, sax, and Senegalese percussion from members of his regular band. In London, further touches were added by his old friends Tony Allen (drums) and Pee Wee Ellis (sax).

Growing up with Senegalese parents in Burkina Faso near the border of Mali during the 1950s, Cheikh Lô played the musical genres of the time, including Cuban and Congolese styles. He gave his first performances as a young man in Bobo Dioulasso, Burkina’s creative capital and hotbed of musical activity, and later moved to Dakar. But it was not until he made his way to Paris in 1985 that he began to build the relationships that would make up his unique musical community.