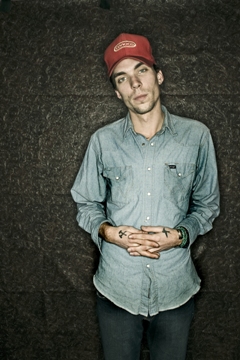 Justin Townes Earle won the Best New and Emerging Artist at the 2009 Americana Music Awards. His record, Midnight at the Movies, was named one of the best records of last year by Amazon and received four stars in Rolling Stone. GQ Magazine named him one of the 25 best dressed men in the world in 2010. He also appeared on HBO’s Treme with his dad, troubadour Steve Earle, on whose Grammy Award-winning Townes record Justin – named after Earle’s friend, the late Texas singer-songwriter Townes van Zant — also guests. (Papa Earle will perform at Club Helsinki on January 8, 2012.)

Tristen has emerged as a truly individual talent, bridging genres and emotions to create a distinctive sound all her own. The Nashville-based songstress’ debut, Charlatans At The Garden Gate, is an ambitious and impassioned collection of finely honed modern pop, rich with exquisite arrangements and a remarkably intuitive lyrical approach.