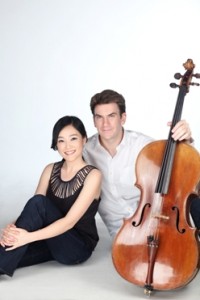 Cellist Edward Arron has garnered recognition worldwide for his elegant musicianship, impassioned performances, and creative programming. A native of Cincinnati, Ohio, Arron made his New York recital debut in 2000 at the Metropolitan Museum of Art. Earlier that year, he performed Vivaldi’s Concerto for Two Cellos with Yo-Yo Ma and the Orchestra of St. Luke’s at the Opening Night Gala of the Caramoor International Festival. Since that time, Arron has appeared in recital, as a soloist with orchestra, and as a chamber musician throughout the United States, Europe and Asia.

The 2012-2013 season will mark Arron’s tenth as the artistic director of the Metropolitan Museum Artists in Concert, a chamber music series created in 2003 to celebrate the 50th anniversary of the museum’s prestigious Concerts and Lectures series. In the fall of 2009, Arron succeeded Charles Wadsworth as the artistic director, host, and resident performer of the Musical Masterworks concert series in Old Lyme, Conn., as well as concert series in Beaufort and Columbia, S.C. He is also the artistic director of the Caramoor Virtuosi, the resident chamber ensemble of the Caramoor International Music Festival 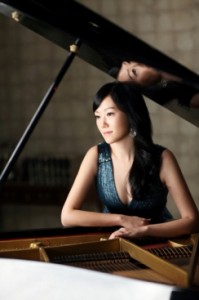 Praised for her “deeply reflective” playing (Indianapolis Star), Korean-born pianist Jeewon Park is rapidly garnering the attention of audiences for her dazzling technique and poetic lyricism. Since making her debut at the age of 12 performing Chopin’s First Concerto with the Korean Symphony Orchestra, Park has performed in such prestigious venues as Carnegie Hall, Lincoln Center’s Alice Tully Hall, Merkin Hall, 92nd Street Y, Philadelphia Museum of Art, Kravis Center, and Seoul Arts Center in Korea. Among many other engagements this season, she will return to Caramoor International Music Festival as a member of Caramoor Virtuosi where she was a Rising Star in 2007. Park has performed at prominent festivals throughout the world and is regularly invited to collaborate with the members of the Metropolitan Opera Orchestra and the New York Philharmonic Chamber Ensemble.

The musicians will attend a special reception after the performance in The Clark’s courtyard lobby. Tickets are $25 ($20 for Clark members) and may be purchased online at The Clark or by calling 413 458 0524.

Before the concert, visitors will have the opportunity to try out the new interactive program uCurate, part of the Clark Remix exhibition. Accessible at touchscreens and computer kiosks in the galleries, uCurate invites users to choose from more than 250 works featured in The Clark Remix exhibition to create their own virtual exhibitions in a 3D version of one of The Clark’s special exhibition galleries. The Clark’s curatorial team will regularly review the submissions and will select several for actual installation in one of The Clark’s galleries.

After the concert, Mezze Bistro + Bar will host a chamber-concert-themed Comfort Sunday dinner, featuring a three-course prix fixe menu for $25. The menu changes weekly and is available via Facebook a few days prior to the event. Space is limited; reservations are recommended. For reservations, call Mezze Bistro + Bar at 413 458 0123 or visit OpenTable.

The Clark is located at 225 South Street in Williamstown, Massachusetts. The galleries are open daily in July and August (open Tuesday through Sunday from September through June), 10:00 am to 5:00 pm. Admission is free through May 31. For more information, call 413 458 2303 or visit The Clark.