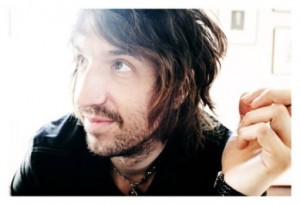 (HUDSON, N.Y.) – Peter Gabriel protege Joseph Arthur, a Grammy Award-nominated artist who was the first North American signed by Gabriel to his Real World record label, performs at Club Helsinki on Friday, March 16, 2012, at 9 p.m. One of today’s most acclaimed alt-rock singer-songwriters, Joseph Arthur describes his music as “someone trying to heal over experimental folk rock.” Earthy, eclectic, and brooding, Arthur’s poignant songs have won him comparisons to the likes of Leonard Cohen, Joe Henry, and Jeff Buckley.

Arthur’s confessional, poetic style early on impressed Peter Gabriel, who in 1997 released his debut, Big City Secrets, on Real World and sang back-up vocals on the album as well. Arthur’s 1999 sophomore disc, Vacancy, was nominated for a Grammy, and his 2000 breakthrough album, Come to Where I’m At, was co-produced by T-Bone Burnett (Bob Dylan, the Wallflowers) and Tchad Blake (Richard Thompson, Suzanne Vega). 2004’s Our Shadows Will Remain was named Album of the Year by Rolling Stone.

(PITTSFIELD, Mass.) – The first American tour of Shanren, one of China’s top indie-rock bands, brings its unique fusion of indigenous sounds and rock, funk, reggae and ska to Chameleon’s Nightclub on East Street in Pittsfield on Thursday, March 15, 2012, at 8:30. Also on the bill are Wringer, Amerikkan Citizens, and Noumenon

Formed in 2000 in the remote and mysterious Yunnan province of southwest China, the region thought to have inspired the Shangri-la of James Hilton’s classic novel Lost Horizon, Shanren, literally “mountain men,” have become one of China’s top indie bands.

With members representing some of China’s 56 ethnic groups, including the Wa and Buyi ethnic minorities from Yunnan and Guizhou, the four-piece group aims to promote and preserve the colorful and diverse heritage of Yunnan and Guizhou’s many ethnic minority tribes through original compositions and re-workings of local folk melodies.

(NORTH ADAMS, Mass.) – Dublin-born Susan McKeown, a folk-pop singer-songwriter and a gifted interpreter of traditional song, and Michael Brunnock, formerly of Ireland and now of New York City, perform in a St. Patrick’s Eve double-bill at MASS MoCA in North Adams on Friday, March 16, 2012, at 8. Doors open at 7 p.m. for food from Lickety Split and full bar.

One of the strongest, most expressive voices to have come out of Ireland belongs to Dublin native Susan McKeown, who performed to a sold-out crowd at MASS MoCA in 2007. Her powerful pipes create a primal sound that comes from an adventurous musical spirit.

Michael Brunnock possesses an extraordinary voice, and his songs mine the profound. So it’s not surprising that David Byrne cast him to sing the role of an Irish musician on the brink of success whose voice guides Sean Penn through an emotional journey of self-discovery in the forthcoming film, This Must Be the Place, featuring a score by Byrne with lyrics by Will Oldham (Bonnie Prince Billy).