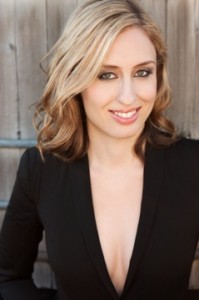 (LENOX, Mass.) – The Roaring Twenties, a time exemplified by Art Deco, Prohibition, the loosening of social restraints, Jazz, the Charleston and flappers, will be revisited in a musical cabaret entitled The Roaring Twenties: Berlin, Paris, New York at Tanglewood’s Ozawa Hall on Saturday, June 2, 2012, at 6p.m. as part of the Close Encounters With Music series. The concert will feature works by a panorama of composers and styles that defined and shaped the era, including Gershwin, Kurt Weill, Alexander Zemlinsky, Hanns Eisler, Cole Porter, Poulenc, Schoenberg, and Erwin Schulhoff. Performers include Jennifer Rivera, mezzo-soprano; Will Ferguson, tenor; James Tocco, piano; and Yehuda Hanani, cello and artistic director

Soon to be banned in the thirties by the Third Reich, their brilliant, razor-sharp, wicked and enduring songs (“Bilbao”; “Speak Low”; “Makin’ Whoopee”; “Supply and Demand”; “’S Wonderful”) are part of the program featuring Entartete (degenerate, or Jewish, and then by definition undesirable) music, composers who careers and lives were interrupted and irrevocably altered by the rise of Hitler. Under the new laws, the jazz and cabaret that had been embraced just a few years earlier were now viewed as decadent and posing a threat to European higher culture. The social, artistic, and cultural dynamism of this period ended abruptly with the stock market crash of 1929 and onset of the Great Depression and National Socialism but not before an eruption of creative frenzy in theater, film, art and music almost unparalleled in cultural history.

Wandering into the charged European pre-WWII landscape was also American composer Samuel Barber, whose works were inspired by his sojourn in Paris, as were those of Gershwin. The sonata for piano and cello is a sea of tranquility and emblematic of an isolationist America in an otherwise tempestuous political landscape. Hanns Eisler’s music got him twice ejected — initially from Germany for its subversiveness, and then from the US, for its political intent. Erwin Schulhoff, a European apostle of the new Jazz, died in a concentration camp. His Jazz Etudes for Piano, with movements titled Charleston, Blues, Chanson, Tango, and Toccata Sur le Shimmy “Kitten on the Keys” convey how fervently he internalized the edgy music of the day.

The program re-introduces an important but often neglected group of diverse composers whose works were suppressed during the Nazi era, along with those whose voices were silenced altogether, and places them and their works in context within 20th century music.

“The Roaring Twenties” performers are Jennifer Rivera, mezzo-soprano; Will Ferguson, tenor; James Tocco, piano; and Yehuda Hanani, cello and artistic director. They bring to life the spirit of a music that was nearly destroyed.

Tickets are $50 and $40. Preferred ticket packages at $125 include a reception following the concert at Gateways Inn, 51 Walker Street, Lenox.

Jennifer Rivera is a superb lyric mezzo soprano with a growing career in the United States and abroad. She recently appeared with the Teatro Regio di Torino and makes her debut this season with the Berlin Staatsoper as Rosina in Il Barbiere di Siviglia. Rivera received her Master’s degree from Juilliard and, while a student, was invited to join the New York City Opera where she sang Cherubino in Le Nozze di Figaro, Rosina in Il Barbiere di Siviglia, Hansel in Hansel and Gretel, and Nerone in Handel’s Agrippina. She has been praised repeatedly by the New York Times for her “radiant mezzo soprano,” her “warm dark tone,” and “fresh ready singing.” A favorite among living composers,. Rivera created the starring role of Sharon Falconer in the critically acclaimed World Premiere of Robert Aldridge’s Elmer Gantry, which premiered at Nashville Opera in 2007. She has received prizes in the Operalia Competition in Madrid where she performed in a Gala Concert conducted by Placido Domingo; the Metropolitan Opera National Council Auditions where she was winner of the Eastern Region and a national Semi-Finalist; the George London Foundation; the Opera Index Competition; the Licia Albanese Puccini Competition; and the Richard F. Gold Shoshana Foundation Career Grant from The Juilliard School.

Acclaimed for his versatility in both opera and concert, William Ferguson made his debut with the Santa Fe Opera in 2006 as Caliban in the North American premiere of Thomas Adès’ The Tempest. He soon joined the roster of The Metropolitan Opera where he has performed Beppe in I Pagliacci as well as roles in Le Nozze di Figaro and The Magic Flute (under the baton of James Levine). A regular artist at The New York City Opera, his performances have included the title role in Candide, and Nanki-Poo in The Mikado. Additional credits include Wozzeck with Opera Festival of New Jersey, Così fan tutte at Aspen, Turandot with Opera Company of Philadelphia, Pirates of Penzance with Virginia Opera and Opera Omaha, Dido and Aeneas with Gotham Chamber Opera, the title role in Albert Herring at The Music Academy of the West, L’Heure Espagnole and Falstaff at the Tanglewood Music Center (both with Seiji Ozawa), and Peter Quint in The Turn of the Screw at Chautauqua. Mr. Ferguson has appeared with the American Symphony Orchestra, BBC Orchestra (London), Boston Symphony Orchestra, City of Birmingham Symphony Orchestra (England), Handel and Haydn Society, and the Mostly Mozart Festival Orchestra, among others. A native of Richmond, Virginia, he holds both a Bachelor’s and Master’s of Music degree from The Juilliard School.

Pianist James Tocco is widely regarded as one of the foremost interpreters of American masterworks, and his extensive discography, which reflects his varied tastes and astonishing versatility, includes the world premiere recording of Bernstein’s complete solo piano music, an all-Copland disc, the complete Chopin Préludes, the complete piano music of Charles Tomlinson Griffes, Erwin Schulhof ’s Cinq Etudes de Jazz, Bach-Liszt organ transcriptions, the four piano sonatas of Edward MacDowell, and Corigliano’s Etude-Fantasy. He is acknowledged to be the definitive interpreter of Corigliano’s Piano Concerto. Recent engagements include his Concertgebouw debut, performing the MacDowell Concerto and Gershwin’s Rhapsody in Blue, both under Leonard Slatkin. He is associated particularly with Bernstein’s Age of Anxiety, which he recorded with Leonard Slatkin and the BBC London Symphony. He has performed with most major American and European orchestras including the Chicago, Cincinnati, Cleveland, Detroit, Los Angeles, Minnesota, and Pittsburgh as well as the Berlin, London, and Munich Philharmonics.

Cellist Yehuda Hanani is founder and artistic director of Close Encounters With Music. His engaging chamber music with commentary has captivated audiences from Miami to Kansas City, Omaha, Calgary, Scottsdale, the Berkshires, and at the Frick Collection in New York City. A three-time recipient of the Martha Baird Rockefeller grant and a nominee for Grand Prix du Disque for his pioneering recording of Alkan, he appears with orchestras and on the recital stage on five continents. Mr. Hanani is one of the illustrious cellists of today, has appeared with musical luminaries—Aaron Copland, Andre Kostelanetz, Dawn Upshaw, David Robertson, Itzhak Perlman, Leon Fleisher—since his career was launched; and is a prolific recording artist and an innovator in reshaping concert programs to include original, illuminating commentary. He has been the subject of hundreds of articles and interviews in the media, and his weekly program on NPR affiliate station WAMC Northeast Radio, “Classical Music According to Yehuda” attracts thousands of fans. Professor of Cello at the University of Cincinnati College-Conservatory of Music, he also directs the High Peaks Festival, a teaching and chamber music festival in Hunter, New York.