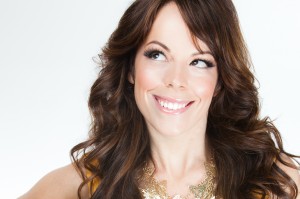 (PITTSFIELD, Mass.) – Broadway musical theater star Leslie Kritzer performs an evening of songs by Jule Styne in Hello, Gorgeous! Leslie Kritzer Sings Jule Styne at Barrington Stage Company on Monday, July 30, 2012, at 7pm on the mainstage. Kritzer, a two-time Drama Desk Award nominee who won everyone’s hearts with her portrayal of ‘Adelaide’ in last year’s hit production of Guys and Dolls and who also starred in BSC’s Musical Theatre Lab 2010 world premiere of The Memory Show (scheduled for a New York run at The Transport Group), will be accompanied by music director Vadim Feichtner.

Notorious for her feisty, antic, hilarious cabaret shows, here Kritzer celebrates one of her musical heroes, Jule Styne, the great American songwriter who created the scores of Gypsy, Funny Girl, and Bells Are Ringing, among many others, and wrote songs like “Diamonds Are a Girl’s Best Friend,” “Don’t Rain on My Parade,” and “Time After Time.”

Kritzer recently starred in the new Kander and Ebb revue First You Dream at the Kennedy Center and in the NYMF production of A Letter to Harvey Milk. She made her Lincoln Center Songbook debut in February of this year with a sold-out engagement of Hello, Gorgeous! Leslie Kritzer Sings Jule Styne.

Kritzer’s Broadway credits include Sondheim on Sondheim, A Catered Affair (Drama Desk nomination), Legally Blonde (Clarence Derwent Award for Most Promising Female Performer), and Hairspray.  Kritzer received critical acclaim and a Time Out New York award for her sold-out Joe’s Pub run of Leslie Kritzer is Patti LuPone at Les Mouches (a performance she repeated at the Plush Room in San Francisco).

Kritzer’s Off-Broadway and regional credits include Judas and Me (NYMF-2009 Outstanding Individual Performance Award), On The Town (Encores!), The Great American Trailer Park Musical (Drama Desk nomination), and the world premiere of Vanities. She has performed at London’s Royal Albert Hall as a guest soloist honoring Tim Rice and Alan Menken.

Vadim Feichtner (Music Director) served as music director/dance arranger for the Broadway production of The 25th Annual Putnam County Spelling Bee.  His Off Broadway credits include Ordinary Days, Elegies: A Song Cycle, The Burnt Part Boys, The Public Theater’s As You Like It and Lincoln Center American Songbook’s Songs of Innocence and Experience (both co-composed with William Finn), I Sing!, Infinite Joy, Cam Jansen and V-Day.  His regional credits include Nobody Loves You, Little Miss Sunshine, The Unauthorized Autobiography of Samantha Brown, The Memory Show, Party Come Here, The Mysteries of Harris Burdick, and See Rock City.  He has worked on concerts for Jesse Tyler Ferguson, Leslie Kritzer and Lisa Howard.