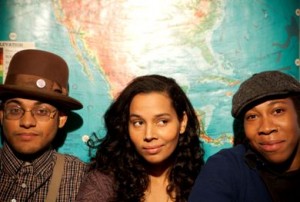 (NORTH ADAMS, Mass.) – Building on the success of last year’s first foray into bluegrass, MASS MoCA has announced the dates, line-up, and discounted early-bird pass price for the second annual FreshGrass Festival, which will be held September 21-23, 2012, and will be headlined by David Grisman Bluegrass Experience, Trampled By Turtles, and Carolina Chocolate Drops.

(PITTSFIELD, Mass.) – Grammy Award-winning vocalist Amanda McBroom performs Brel in the Berkshires, a cabaret devoted to the songs of Jacques Brel, with her husband George Ball and Michele Brourman, for three performances, Thursday, September 20, 2012, through Sunday, September 23, 2012, at Spice Dragon (297 North St.), under the auspices of Barrington Stage Company. As a master of the French chanson movement, Brel was an influential modern Belgian singer-songwriter whose influence crosses stylistic lines embracing classic pop singers such as Nina Simone, Frank Sinatra and Andy Williams as well as rock vocalists including Leonard Cohen and David Bowie.

Keanu Reeves and Martin Scorsese ‘Side by Side’

(PITTSFIELD, Mass.) – While it may be lost on the average or casual moviegoer, there has been a revolution in the film industry over the last decade or two in terms of how movies are made, shown, and distributed. Just as in other art forms and modes of business and communication, the digital revolution is upending the way film artists work, from directors, actors, producers, cinematographers, editors, to how films are screened and shown in local theaters and in private homes. While the technical aspects of this revolution – really an evolution – are probably only of minor interest to most, anyone who cares about movies and who wants to appreciate why they look, sound and feel the way they do will want to see Side by Side, a new documentary written and produced by actor Keanu Reeves, featuring in-depth interviews with Hollywood masters, such as James Cameron, David Fincher, David Lynch, Christopher Nolan, Martin Scorsese, George Lucas, Steven Soderbergh, and screening at Berkshire Museum’s Little Cinema on September 21-24, 2012. 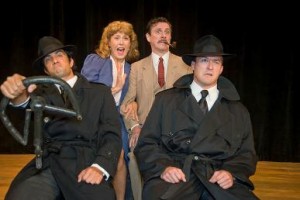 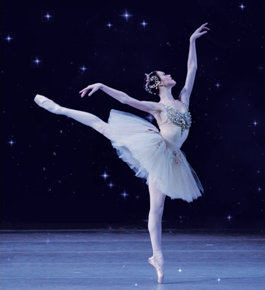 (WILLIAMSTOWN, Mass.) – On Sunday, September 23, at 1 pm, The Clark kicks off its new Ballet in HD series with a broadcast of George Balanchine’s Jewels. Known as one of Balanchine’s most revered ballets, Jewels is performed by the famed Mariinsky Ballet and is set to the music of Fauré, Stravinsky, and Tchaikovsky. Before emigrating to the West, Balanchine studied in Saint Petersburg and was a member of The State Academic Theatre, now known as the Mariinsky. This performance was filmed by Brian Large at the Mariinsky Theatre and features many of the Mariinsky’s most well-known dancers alongside conductor Tugan Sokhiev and the Mariinsky Orchestra. 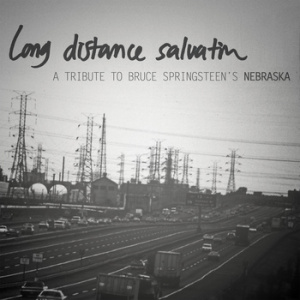 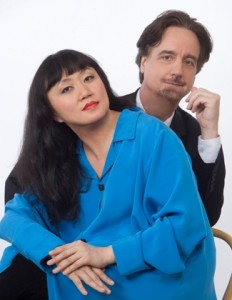 (NEW LEBANON, N.Y.) – Cellist David Finckel and pianist Wu Han bring the curtain down on the 2012 Concerts at Tannery Pond season on Saturday, September 22, 2012, at 6pm, with a duo concert featuring works by Beethoven, Brahms, Debussy and Shostakovich.

Cellist David Finckel and pianist Wu Han rank among the most esteemed and influential classical musicians in the world today. In addition to their extensive performance and recording activities, their roles as educators, organizational leaders, and cultural entrepreneurs place them among the classical music community’s most prominent innovators.

THE SECOND ANNUAL UKULELE FESTIVAL at THE CLARK

(WILLIAMSTOWN, Mass.) – The ukulele is one of the hottest instruments in popular and folk music these days, and this Sunday, September 23, 2012, The Clark hosts the second annual Ukulele Festival, featuring a half-dozen performers from 4 to 6 p.m. The event is free, as are ukulele workshops at 2pm. Performers include the Ladies Auxiliary Ukulele Orchestra, Jim & Liz Beloff, Honor Finnegan, and Michelle J. Rodriguez. 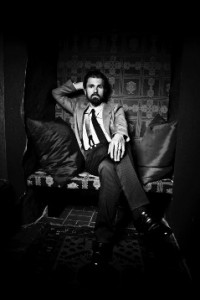 (HUDSON, N.Y.) – Novelists Bill Peters and Nathan Larson will read from and sign copies of their recent novels at Basilica Hudson on Monday, September 24, 2012, at 7pm. Following the reading, Peter and Larson will discuss “New York Cities as Supporting Characters: The Way Cities Can Act as a Character” in fiction. Peters portrays economically stagnant Rochester, N.Y., in his novel, Maverick Jetpants in the City of Quality, and Larson’s The Nervous System takes place in a post-apocalyptic New York City. The event, a joint effort by Basilica Hudson, Akashic Books and Black Balloon Publishing, is free and open to the public.