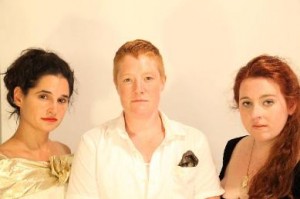 (NORTH ADAMS, Mass.) – As the culmination of a technical residency at MASS MoCA, the unique contemporary theatre company Half Straddle presents Seagull (Thinking of you),  a new, experimental interpretation of Anton Chekhov’s classic play, The Seagull, in the Hunter Center on Saturday, December 15, at 7:30 pm.

At MASS MoCA, Half Straddle partners with Performance Space 122, the famed elementary-school-turned-performing-arts-space in the East Village, to present director Tina Satter’s theatrical rethinking of Chekhov’s The Seagull.

Satter draws from varying Seagull translations, Chekhov’s letters, quasi-biographical facts from early productions of the play in Russia, and a new Russian folk-metal score composed by Chris Giarmo to tell the classic story of a two female and two male ensemble of conflicted characters.

Seagull (Thinking of you) features an all-female and gender-queer ensemble of performance artists and highlights Chekhov’s perverse sense of comedy to invite audiences to consider anew what makes the human heart beat and why people ever try to say anything aloud. 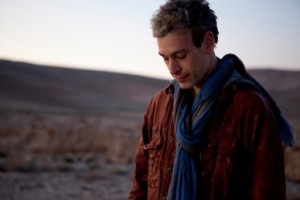 (HUDSON, N.Y.) – Matisyahu introduced a new, broadened musical persona earlier this year with his album, Spark Seeker, and the former Hasidic reggae star is previewing his next project, Spark Seeker: The Acoustic EP – due out January 15, 2013 – in a limited run of live shows that stops at Club Helsinki Hudson on Monday, December 17, 2012, in what is billed as an “Acoustic Evening with Matisyahu”.

Since first emerging on the international stage in 2005, Matisyahu has established a reputation for following his muse – from the stripped-down roots reggae of the gold-certified Live at Stubb’s, to the trippy ministrations of Youth, to the polished pop eclecticism of Light. Then, in 2010, he returned to the venerable Austin venue that introduced him for Live at Stubb’s II, demonstrating that all those travels had somehow only strengthened his connection to his musical bedrock. It was a whirlwind half-decade journey, one that earned Matisyahu a place in pop culture at large.

Now based with his family in Los Angeles, Matisyahu released Spark Seeker earlier this year, a bold new studio album that finds the one-of-a-kind vocalist and songwriter exploring uncharted territory with help from an expansive cast of collaborators. “My musical tastes are all over the board,” he says in reference to a record that mixes ancient traditional sounds with futuristic electrobeats, rapping with singing, songs of the spirit with songs of the body. “And, besides, my music has never been about the outer garment. It’s about searching out inspiration wherever it lies. This album is about seeking that spark within.” 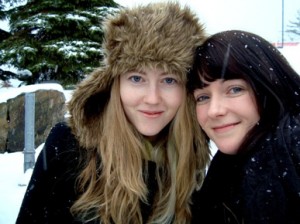 (NORTH ADAMS, Mass.) – Canadian acoustic folk-pop duo Dala returns to perform a Christmas concert at Massachusetts College of Liberal Arts (MCLA) on Thursday, December 13, 2012, at 7:30 p.m., as part of the MCLA Presents! performance series. Melody Rolph ’14 will warm up the crowd for Amanda Walther and Sheila Carabine, who together as Dala blend their voices on guitar and piano to create their unique brand of acoustic pop. This concert marks the duo’s second appearance at MCLA.

Drawing upon influences such as the Beatles, Joni Mitchell, Neil Young and Bob Dylan, the Dala girls write and sing in harmony. These two best friends met in their high school music class in 2002; they have since released five albums and toured extensively across North America. They recently were nominated for three 2012 Canadian Folk Music Awards for their new album “Best Day.” Dala also has performed at the New Orleans Jazz Festival, the Edmonton Folk Festival, California’s Strawberry Festival and Mariposa. In 2009, they were the only Canadian act invited to play at the 50th anniversary of the Newport Folk Festival.

(WILLIAMSTOWN, Mass.) – In what may well be a first for any museum of its kind in the world, The Clark is displaying a new exhibition created by its youngest curator ever. Giselle’s Remix, an installation created by eleven-year-old guest curator Giselle Ciulla as part of The Clark’s interactive uCurate program and selected from over 1,000 amateur submissions, is a fresh look at some of The Clark’s most favored works, including those by Pierre-Auguste Renoir, Frederic Remington, Edgar Degas, and Giovanni Boldini, and will remain on view through January 20, 2013. Ciulla wrote all of the exhibition’s wall texts, participated in marketing decisions for the show, discussed her exhibition vision and choices with Clark educators, and recorded audioguide entries for the show.

(STOCKBRIDGE, Mass.) — Acclaimed comic book artist Alex Ross, whose work has appeared in print, on film, on album covers and in video games, is the subject of a retrospective exhibition at the Norman Rockwell Museum through February 24, 2013. The show, Heroes & Villains: The Comic Book Art of Alex Ross, will present a comprehensive look at the career of the artist who has been called “the Norman Rockwell of the comics world.” Organized by the Andy Warhol Museum in Pittsburgh, Pa., the exhibition features more than 130 works, including paintings, drawings, photographs, and sculptures from Ross’ personal collection.

DRAWINGS by KAREN ANDREWS on DISPLAY in HOUSATONIC

(HOUSATONIC, Mass.) – It’s A Chaotic, Fabulous World, a series of recent drawings by Karen Andrews, will be exhibited through December 30, 2012, at the little gallery at Deb Koffman’s artspace at 137 Front St. in Housatonic. There will be an artist’s reception from 4 to 6 pm on Saturday, December 15, 2012. The gallery will be open Saturday afternoons in December from 2 to 4 pm. or call for an appointment 413-232-4027 or send email to kaa100@aol.com.