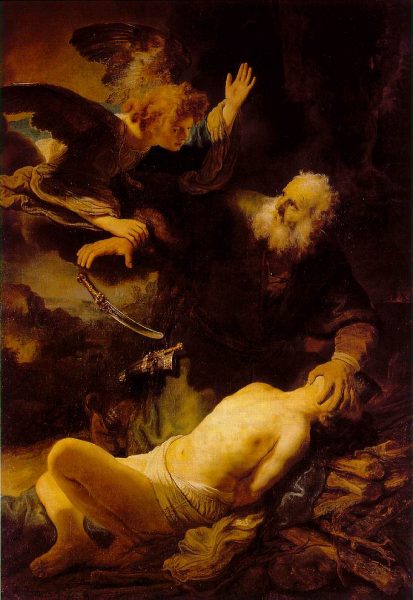 …. There are many here among us

Who feel that life is but a joke

But you and I, we’ve been through that

And this is not our fate

So let us not talk falsely now

The hour is getting late….

Outside in the distance a wildcat did growl

Two riders were approaching, the wind began to howl.

A pandemic is raging throughout our nation and throughout the world. What don’t we seem to understand about that? And I’m not only talking about the pandemic of white-privileged, white supremacist, MAGA entitlement that white Americans in particular seem to confuse with some sort of socio-biological immunity to any existential threats to their existence, most especially the clear and present danger of climate crisis. I’m also talking about the COVID-19 pandemic which—due in large part to a demagogic leader of the free world in denial and to capitalism’s refusal to intervene in markets even when they turn deadly—we seem to take with all the seriousness of a pesky cold going around.

It doesn’t work that way. No amount of handwashing and hand-sanitizing and mask-wearing and “social distancing”–excuse me? What the hell is that supposed to mean? “Social distancing” is to COVID-19 what “homeland” was to 9/11, some sinister bureaucratese that obfuscates more than it describes—alone is going to end or upend this worldwide scourge, this rebellion of nature against a human race going 90 miles an hour toward self-destruction and taking the entire planet with it. Conspiracy theorists bandy about insane lies about how COVID-19 escaped from a Chinese laboratory, or that the Chinese government purposely spread it as part of a march toward worldwide domination, or that Dr. Anthony Fauci invented it, brought it to China, and then brought it back to the U.S.

Behind all these politically motivated fabrications lies one truth: we brought this upon ourselves. Through our combination of heedless conquering and destruction of the natural world combined with an all-consuming greed so powerful that the profit motive left us totally unprepared for handling—much less preventing—such a crisis (because there was no money to be made there), and then through cutting short the few belated and timid piecemeal efforts some handful of responsible leaders and bureaucrats had suggested or imposed as a way to stem the spread of the new coronavirus, we created the perfect incubator for mass death and destruction that we are now facing, even as the president and others clamor for an immediate return to workplaces and factories and slaughterhouses and offices and stores and golf courses and airplanes and schools because … because what? Because the airlines that have been helping to destroy our planet might go out of business? Because the economic slowdown resulting from another half-year shutdown would hurt the bottom line of fossil-fuel companies?

God sent Abraham up Mount Moriah with his son, Isaac, to illustrate once and for all that child sacrifice, which was rampant at the time, was evil and that it should henceforth be abolished. Now, we have the very incarnation of Satan in the White House calling on our entire nation to go back in time, to send our children back up Mount Moriah, where they—and their teachers, whose lives have always been devalued, because we have never been genuinely interested in educating our youth but rather only in inculcating them with capitalist values that make it clear that no individual is worth anything and that we are all cogs in a wheel, so you’d better learn to stay in your seat and shut up and hold it in until the three-minute break between classes, by the end of which time you will not have made it to your next class and you will be stopped in the hallway by an armed “school resource officer” aka a rent-a-cop who will ask you for your hall pass (read: driver’s license), which of course you don’t have and therefore you will be sent to the dean’s office (read: arrested) and then to detention after school (read: jail)—will be sacrificed on the altar of expediency, fed into the fiery furnace, so that the value of the oligopolists’ stock holdings will rise to ever greater heights while millions remain unemployed or underemployed and vulnerable to economic dislocation and the criminalization of poverty and, yes, to the deadly pandemic.

It seems we just cannot die quickly enough and in large enough numbers to satisfy the ruling class, that hydra-headed beast with a voracious appetite for profits, a monster that has distilled all its ambition and energy and power into the pursuit of one thing and one thing only, damned be the consequences to the earth and tough luck to those humans who get trampled by the stampede toward wealth. This is the American dream on steroids—this is a culture fueled by ‘roid rage—and we know the effects of steroid abuse: mania, delusions, tumors, hormonal dysfunction, blood clots, stroke, heart attacks … in a word, death.

We are in a death spiral, and if you think we haven’t reached that point yet get your head out of the sand. Go stand in a Walmart parking lot (I can’t recommend you actually go inside right now, because you absolutely shouldn’t) for 15 minutes and pretend you have just landed on earth from elsewhere and damned if you don’t see death, or if not death, humans devolved into a lower life form, behaving like ants in a colony (no offense to ants–they are merely doing their ant things) or rats in a maze. If you don’t want to go to Walmart – and who could blame you – read the front page of any newspaper. Any paper. Add it all up and what does it equal – decay, destruction, the triumph of Thanatos.

It’s over. We blew it. We are not going back to the way things used to be. Never. First of all, we can’t—we only move forward, not backward—at least not in this dimension. We can’t undo what has happened, what we have lived through and experienced, whatever knowledge we have gained or lessons we have learned—pitifully few, I fear, but still. Second of all, we shouldn’t go back to the way things used to be. That would be so counterintuitive as to be insane—it would merely prove my wacky idea of us being caught in a death spiral. There are no do-overs. To go back would be to rinse and repeat. We don’t want a repeat; we don’t want a rerun. We need a new season, and we need one now. Actually, we needed one yesterday, but today will have to do. It’s all we’ve got, and before we know it, it will be gone.

We do two things:

We recognize that it’s over, that we’re essentially fucked, that we did this to ourselves, and we stop living and thinking a lie.

After fully embracing that outlook, we then do the only thing we can do: We live as if that were not the case. Just because we are essentially fucked doesn’t mean we cannot take a step, put one foot in front of the other, and go forward. To be essentially fucked doesn’t automatically mean we are existentially fucked—even if and when we are. We may not be able to change or make a mark on the essence, but we still have our existence to work with, including the everyday choices and decisions that define who we are—at least to the alien.

The first step toward breaking (out of) the death spiral is recognizing that we are inside of it, to stop living under the condition of bad faith that says we aren’t. Along with that recognition comes a plan, or at least a goal: to wrestle with and ultimately to conquer Thanatos. As the Lord of Deuteronomy commanded, to “choose life.”

The joke is on us, of course, since “ultimately” Thanatos wins, every time. It’s written into the code. But we have always known that, and it has never (well, rarely) stopped us before. It’s an absurd position to be in, but absurdity is well-charted territory. Do I have to draw you a diagram?

Or, as that other Dylan put it, “Rage, rage against the dying of the light.”