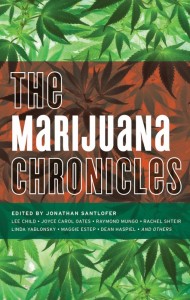 (HUDSON, N.Y.) – Authors Maggie Estep, Linda Yablonsky, and Jonathan Santlofer will read their selections from The Marijuana Chronicles, a collection of new stories recently published by Akashic Books and edited by Santlofer, at Spotty Dog Books on Sunday, August 4, 2013, at 4pm. Brooklyn-based ensemble August Wells will provide musical entertainment at the reading, which will also include a booksigning with the authors. 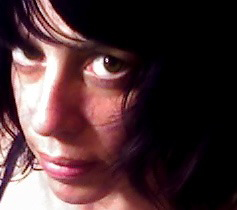 Maggie Estep (left) attended the Jack Kerouac School of Disembodied Poetics in Boulder, Co. and received a B.A. in Literature from SUNY. Before publishing her first novel, Estep worked as a horse groom, a go-go dancer, a dishwasher, a nurse’s aide, and a box factory worker.

Estep has published seven books, including Hex, the first book in her trilogy of crime novels, which was chosen by the New York Times as a notable book of 2003. Estep has recorded two spoken word CDs, No More Mr. Nice Girl (Nuyo Records 1994) and Love Is A Dog From Hell (Mercury Records 1997).

Estep has given readings of her work at cafes, clubs, and colleges throughout the US and Europe and has also performed her work on the Charlie Rose Show, MTV, PBS, and HBO’s “Def Poetry Jam”. Her writing has appeared in the New York Post, Self Magazine, Village Voice, New York Press, Harpers Bazaar, Spin, and Nerve.com, as well as in dozens of anthologies including but not limited to Brooklyn Noir, The Best American Erotica, and Hard Boiled Brooklyn. Estep, whose contribution to the Marijuana Chronicles, “Zombie Hookers of Hudson,” is set in this riverside city, lives in Hudson. 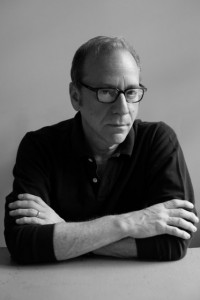 Jonathan Santlofer (right) is the author of 5 novels, including Anatomy of Fear, which won the Nero Wolfe Award for best crime novel of 2009. His first novel, The Death Artist, was an international bestseller and translated into 22 languages. He is co-editor, contributor and illustrator of the short story anthology, The Dark End of the Street,  and editor/contributor of LA NOIRE: The Collected Stories. He has been a contributing writer to ArtNews, Travel & Leisure, and almost every crime and mystery magazine.

Santlofer is the recipient of two National Endowment for the Arts grants, has been a Visiting Artist at the American Academy In Rome, the Vermont Studio Center and  serves on the board of Yaddo, the oldest arts community in the U.S. He also serves on the boards of the Mystery Writers of America and the International Crime Writers of North America.

Also a well-known artist, Santlofer’s work is in such collections as the Metropolitan Museum of Art, Art Institute of Chicago, and Tokyo’s Institute of Contemporary Art. He lives in New York City where he writes and paints. 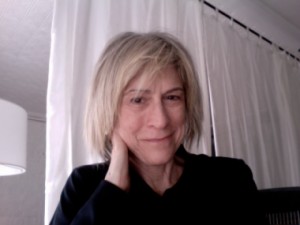 Linda Yablonsky (left) is a freelance critic and journalist based in New York. She is a member of the faculty of the School of Visual Arts in New York, and last year she earned a screen credit as the art consultant to “Arbitrage,” the film starring Richard Gere.

August Wells is a collection of songs and arrangements with vocals, electric guitar and piano with violin, percussion and various wind instruments.  In Dublin and London, singer-songwriter Ken Griffin recorded Shoulder Voices for Beggars Banquet label and Horsedrawn Wishes for Warner Bros. Records with Rollerskate Skinny and Dead City Sunbeams with Kid Silver. In New York City, with The Favourite Sons, Ken recorded Down Beside Your Beauty and The Great Deal of Love. John Rauchenberger is a New York City piano player who has played with the Favourite Sons, Maggie Estep, J.C Morrison, Dee Pop, Daniel Carter and Dave Sewelson.