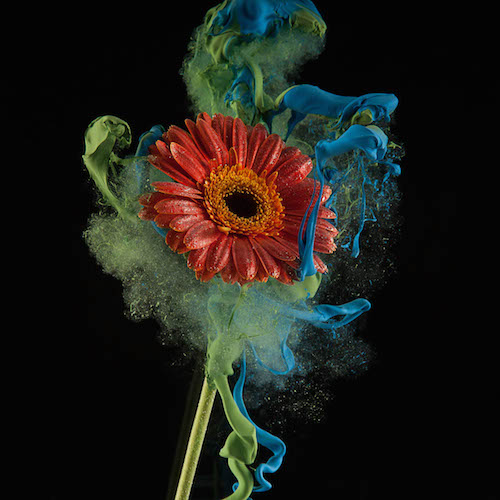 Andrew Buck and Robert Hite debut selections of their individual works, both artists sharing a focus on abstract form by eliminating all sense of scale. Buck took his first photograph at the age of 7 and has been fascinated with the medium ever since. Landscapes serve as a constant inspiration for the photographer; his commanding Rockface series uniquely captures blasted hills, trap rock and granite quarries in high definition. The images of manmade rock surfaces, devoid of outside references to indicate scale, invite us not only to appreciate the surface as an abstraction, but also to reflect how natural landscapes are changed for the sake of human development.

Robert Hite combines painting, sculpture, and photography in his artistry, intersecting these mediums through common imagery. Selections from the Imagined Histories series incorporate whimsical architectural structures into the reality of the valley’s landscape. Hite’s unique style of storytelling opens up possibilities of exploring multiple narratives suggested by each image. This summer, Historic Clermont invited Hite to extend the series by photographing his sculptures within the context of the estate grounds. Those works were then displayed in the mansion, marking the premier exhibit of contemporary works hosted inside this historical landmark. Hite has shown worldwide and was awarded a fellowship by the John Simon Guggenheim Memorial Foundation in 2014.

This exhibit marks Anne Arden McDonald’s second show with Carrie Haddad Gallery. For years she has been intrigued by the different ways to generate an image on photographic paper. McDonald has recently begun working with light and chemistry to achieve abstract compositions by means of a process that does not require a negative. Some of her methods include painting bleach onto blackened photo paper, placing bags of water, eggshells, layered piles of glass and exposing them to light to create spheres suggestive of planets or atoms.

Birgit Blyth found her voice as a photographer in the mid-1990’s when she discovered the technique of chromoskedasic painting. This process involves the use of silver particles in black and white photographic paper to scatter light at different wavelengths when exposed. Blyth has used this experimental technique to create a new series of abstract grids that involve a complex crosshatching of marbled toffee and lead palettes.

In Lisa Frank’s new body of work she produces complex arrangements of flowers, vegetation, fruit, and animals reminiscent of Baroque still lifes. Frank stages, duplicates and then layers photographic elements to create work that keeps the viewer fixated in her realm of digitally manipulated imagination.

Selections from Kahn & Selesnick’s falsified historic series, Circular River will feature panoramic documents of The Royal Expedition Corp out of Serbia, captured with a vintage camera situated on a tripod. The vast shots follow the expedition team on their search to find Captain Peter Hesselbach, a courageous pilot struck down by German offensives during World War II. Sepia toned copies of the prints were made, then scored and folded to mimic the aging process as if they stood the test of time in the pockets of the explorers until resurfacing in the modern day.

Jeri Eisenberg photographs the natural world with an over-sized pinhole camera or de-focused lens. By obscuring detail, the images become sketches of light — “trees seen through mostly-closed eyes on bright sunny days”. The very soft-focused, painterly images are printed digitally on delicate translucent Japanese Kozo paper and then immersed in melted beeswax. Eisenberg has experimented with different installations of her work, be it magnetic suspension from a mounted Lucite bar, or mounted and framed behind glass. Eisenberg has shown with the gallery for more than ten years. 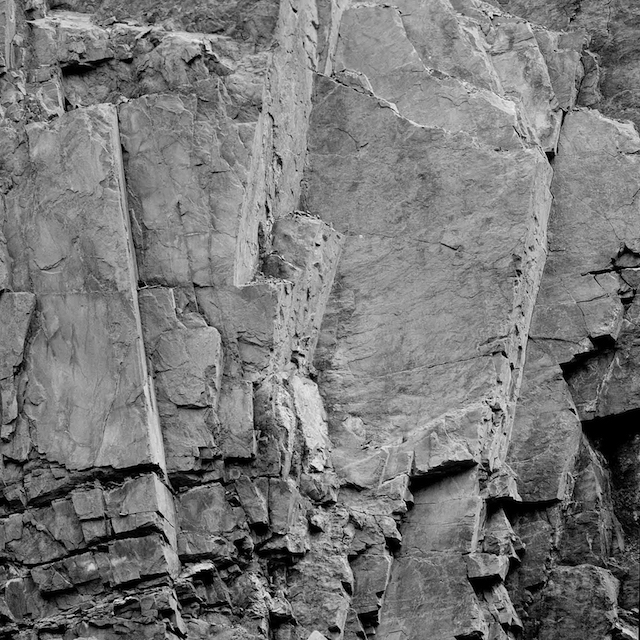 Lori Van Houten makes large, multi-layered nature-based photographs on handmade paper. In her series titled “Stained Silk”, the images are scanned into a computer so she can begin a complex layering and interacting of images, erasing and adding to achieve the final piece. Van Houten’s BA is from Syracuse University and MFA from Southern Illinois University. She has had exhibited extensively throughout the US and Europe.

Elliott Kaufman observes light and how the environment, whether built or natural, is altered by its movement. In Kaufman’s water series, he captures the energized reflection of light on water, essentially observing the passage of time. The photographer has always been captivated by the drama of the sun’s effect on each shot and is known to anticipate the exact position of the sun to inform his image.

Shots from Michael Silbilia’s 10 Days in Alaska series will be on view, which captured a ten day journey he made through the frozen terrain in 2009. The landscape he found was majestically breathtaking, despite of ever expanding industrialization. With this self-assigned journey, Sibilia brought back a unique view of a world nearly uninhabited, which he translated into stunning large scale prints. Anna Collette photographs a contrasting view of uninhabited terrain, one devoid of human presence. In her Invasive Species series Collette photographs parts of the northeastern United States where a battle between the native and invasive plants is a constant battle. Her images reflect this inevitable invasion which threatens the very landscape that is bound to American identity and ideology. Collette received her MFA from Yale University and currently lives in Austin, where she teaches as an assistant professor in the Department of Art and Art History at the University of Texas in Austin.

Newbold Bohemia offers a playful selection of images with his FLOWr series. Bohemia made these compositions by carefully capturing the graceful drips and squirts of acrylic paint around flowers submerged in a water tank, which produced a mesmerizing arrangement of color, shape and form. The artist explains that with each image he seeks to “…create not only an image, but an entire world within my image.” Bohemia currently lives and works in Chicago.