(GREAT BARRINGTON, Mass.) – Breakthrough performance festival Mass Live Arts (MLA) returns to the the Daniel Arts Center on the campus of Simon’s Rock College for the third summer this July with three weeks of ambitious and provocative new work in experimental and avant-garde theater, performance art, dance, and film. Highlights of this year’s festival, which runs Monday, July 6 through Sunday, July 26, 2015, include the world premiere of a commission from vanguard experimental theater ensemble Radiohole, a return engagement for Andrew Schneider in a work merging new media and movement, and the political, personal, and visually rich “Send for the Million Men” by Joseph Silovsky.

The festival’s resident artists for 2015 are Bessie Award-winning choreographer Faye Driscoll and multimedia raconteur Heather Fisch; both will hold free work-in-progress showings during their residencies. Driscoll is the recipient of a multi-year, multi-part commission from MLA for her series “Thank You for Coming.” “Attendance,” the first installment in the series, was presented last summer at MLA, and the second installment will be created in part during her 10-day residency this summer.

A film series offers in-depth looks at legendary theater company The Wooster Group throughout the years with special introductions and discussion from longtime company member and archivist Clay Hapaz. Special gallery exhibitions and weekly community events round out the third annual season of Mass Live Arts.

“I’m so excited for this summer’s festival,” says founding artistic director Ilan Bachrach. “Our programming this July features some of the most thrilling and innovative artists making work today, as well as a film series from one of the most influential American companies of the last century. More exciting still is that many of these performances were made here in the Berkshires at Mass Live Arts, meaning that not only does our audience get the first look, but also that their presence is an important part of its creation.”

Tickets are on sale now for the festival by visiting Mass Live Arts (MLA).
PERFORMANCES

Joseph Silovsky’s “Send for the Million Men” – profiled here in the New York Times — addresses the contentious execution of Ferdinando Sacco and Bartolomeo Vanzetti in Braintree, Massachusetts in the 1920s. Immigrants and anarchists, Sacco and Vanzetti were wrongfully accused of robbery and murder and sentenced to death, sparking protests across the globe. Silovsky melds this troubled history with imagined stories portrayed through text, crude cutout puppetry, and the digital landscapes of videogames, while also incorporating elements of his own personal history. Send is at once an engrossing glimpse of Sacco, Vanzetti, and Silovsky, and a timely reflection on justice, the judicial system, and what happens when the latter fails. Written, designed, and performed by Silovsky with music by Catherine McRae and video design and performance by Victor Morales, “Send for the Million Men” runs July 16-18.

Self-described as “an ensemble committed to making dangerous and irresponsible performance art,” Radiohole is known for daring productions that synthesize elaborate visual design, powerful thematic material, and audacious performance. “Tarzana,” a world premiere and MLA co-commission, expands on the idea of illustrated worlds from the company’s recent production “Myth (or Maybe Meth)” and introduces the “Bottle City of Kandor,” a surreal hand-drawn black-and-white landscape. Thoughtful consideration of otherness, isolation, transgression, and alienation takes place within parody and camp; Superman and his friends, all trapped in the Bottle, wonder how and why to leave. “Tarzana” runs July 23-25.

The Wooster Group has been a leading force in contemporary performance in America for four decades. Longtime Wooster Group member and archivist Clay Hapaz shares three evenings of film from throughout the company’s history, and joins audiences for informative pre-screening briefings as well as post-show discussions.

“Rumstick Road” premiered in 1977 as part of the theatrical trilogy “Three Places in Rhode Island.” It was created and performed by Wooster Group members Elizabeth LeCompte and Spalding Gray with Libby Howes, Bruce Porter, and Ron Vawter, and was one of the company’s earliest productions. This film recreation was directed by LeCompte with filmmaker Ken Kobland, through painstaking processes integrating U-Matic video, Super 8 film, reel-to-reel audio tapes, photographs, and slides.

Series curator Clay Hapaz presents an aggregate evening of excerpts ranging from recent shows including Hamlet (2007) and Early Shaker Spirituals (2014) to older works such L.S.D. (…Just the High Points…), the company’s 1984 take on The Crucible; the satirical musical North Atlantic (1983); and the company’s version of Eugene O’Neill’s The Emperor Jones (1992). Hapaz’s collection will also include clips from rarely seen video projects of the company.

A later work, House/Lights marks the highly interdisciplinary mode of theater that is the hallmark of The Wooster Group. This 1999 OBIE award-winning work (Best Production) is a collision of Gertrude Stein’s libretto Dr. Faustus Lights the Lights with Joseph Mawra’s B-movie classic Olga’s House of Shame. This multi-angled video presentation features a cast of eight including Northampton, Mass., natives Roy Faudree and Sheena See, who will join archivist Clay Hapaz to introduce and discuss the work. “House/Lights” features set design by Jim Findlay, lighting design by Jennifer Tipton, and choreography by Trisha Brown and Helen Pickett (also in the cast).

Mass Live Arts is dedicated to supporting and producing new American performance art works by exceptional artists. This year, two artists have been granted residencies during the three weeks of the festival. MLA 2014 artist Faye Driscoll will develop the second installment of “Thank You For Coming,” an MLA co-commission that was called “a heady, exceptionally well-constructed and infectious piece of dance theater” by Rachel Rizzuto of bachtrack.

Heather Fisch, a resident of the Berkshires and bold performance artist and musician will hone an evening-length work to be presented at the Mahaiwe Performing Arts Center in Great Barrington in August 2015. Both artists will hold work-in-progress showings during their resident terms; dates and times to be announced.

In lieu of conventional post-show q&a’s, audiences will be invited to mingle at cookouts after the final curtain, enjoying refreshments and casual conversation with the artists in Mass Live Arts’s scenic Berkshires setting. Weekly karaoke nights will be open to the community; an announcement about the summer’s gallery installation and other free and ticketed community activities is forthcoming.

Mass Live Arts is a festival of experimental theater and performance taking place at the Daniel Arts Center of Bard College at Simon’s Rock in Great Barrington. MLA is dedicated to presenting bold new works of contemporary and experimental performance in the Berkshires. Since its founding in 2013, MLA has brought acclaimed artists such as Radiohole, Half Straddle, Sibyl Kempson, Faye Driscoll, the New York City Players, and Phil Soltanoff, among others, to the Berkshires in an effort to expose new audiences to significant and powerful American artists, companies, and art works that are pushing the boundaries of live performance.

ABOUT THE ARTISTIC DIRECTOR

MLA founding artistic director Ilan Bachrach has performed in, collaborated with, or designed performances for numerous major American theater companies working today, including Lisa D’Amour, Half Straddle, and Nature Theater of Oklahoma, with whom he continues to tour nationally and internationally. He recently received an Obie Award Special Citation for his performance in Nature Theater’s Life and Times at The Public Theater in New York City and was nominated for a Bessie in 2014 along with Radiohole. In 2001, Bachrach founded The Wayfinder Experience: a transformative summer program for children combining live action roleplaying with improvisational theater and play. With the intention of creating the first arts organization in New England and one of only a handful of institutions nationally dedicated to presenting and commissioning works of contemporary performance from the world’s most prominent artists, Bachrach founded MLA in Great Barrington in 2013. 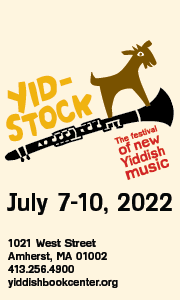