A highly selective preview of cultural events taking place this weekend in the greater Berkshire region, including a museum exhibit devoted to the guitar; a play about a radical lawyer; an early music concert; a talk about Nobel Prize-winning rock poet Bob Dylan; 17th-century Dutch painting; and a whole lot more.

GUITAR GETS SPOTLIGHT at BERKSHIRE MUSEUM

(PITTSFIELD, Mass.) – GUITAR: The Instrument That Rocked the World, a fully immersive exhibition exploring all aspects of one of the most enduring musical icons of the last 200 years, opens at the Berkshire Museum on Saturday, May 20, and will be on view through Monday, September 4.

A debut party for GUITAR: The Instrument That Rocked the World will be held Friday, May 19, from 5:30 to 7:30 p.m. Live music will be provided by the Berkshire Jazz Collective featuring Andy Wrba, plus food, complimentary wine, beer, and signature cocktail, and other surprises.

(PITTSFIELD, Mass.) – “Kunstler,” a play by Jeffrey Sweet based on the self-described “radical lawyer” and civil rights activist William Kunstler of Chicago Seven fame, is at Barrington Stage Company from Thursday, May 18, through Saturday, June 10, on the St. Germain Stage at the Sydelle and Lee Blatt Performing Arts Center (36 Linden Street).

Directed by Meagan Fay, Kunstler stars BSC veteran Jeff McCarthy (BSC’s Broadway Bounty Hunter, All My Sons, Sweeney Todd) as the title character and Erin Roché (BSC debut) as the whip-smart student who opposes him. The colorful, perpetually rumpled defense lawyer whose best-known clients include the Chicago Seven, inmates involved in the Attica prison riots, and members of the American Indian Movement, makes a case for his often unconventional style in this wise and revealing play.

(PITTSFIELD, Mass.) – Seth Rogovoy, termed “American Jewry’s greatest Dylan scholar” by Religious News Service, will present “The Kabbalah of Bob Dylan,” a multimedia program exploring the Jewish influences in the life and work of the recent Nobel Prize-winner, at Congregation Knesset Israel (16 Colt Rd.) on Monday, May 22, at 7pm.

With the aid of audio clips, video, still images, and textual comparisons, Seth Rogovoy, author of “Bob Dylan: Prophet Mystic Poet” (Scribner 2009), will illustrate how Bob Dylan’s songwriting has always been profoundly rooted in Jewish writings, including the Torah, the Prophets, the Talmud, and mysticism, fusing these inspirations into a genre of “rock ’n’ roll midrash.”

Along the way, the program will examine the Minnesota-born folksinger’s deeply religious and cultural upbringing, his commitment to Jewish practice and causes, and his decades-long connection to the Jewish outreach organization Chabad. 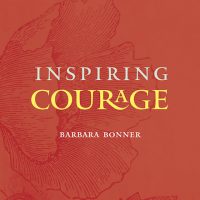 (CHATHAM and MILLBROOK, N.Y.) – Barbara Bonner, author of the award-winning Inspiring Generosity, will be signing copies of her new book, Inspiring Courage, at the Millbrook Literary Festival on Saturday, May 20, and at the Chatham Bookstore on Sunday, May 21, at 2pm.

Inspiring Courage is a timely call to action that offers readers the opportunity to feel the transformative power of their own inner courage. As Bonner so aptly reminds us, “courage” comes from the Latin cor, meaning heart. Courage doesn’t mean recklessness or fearlessness in the face of danger; rather, it means confronting challenges with an open heart – even, perhaps, with love. 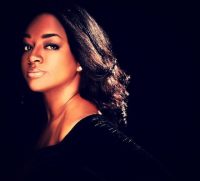 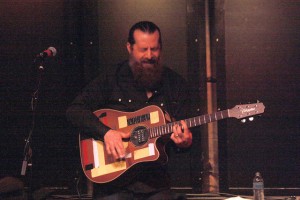 (HUDSON, N.Y.) – Sean Rowe, a Troy, N.Y. native and lifelong naturalist, brings his gritty style of singer-songwriter folk-rock back to Club Helsinki Hudson on Thursday, May 18, at 8pm. A throwback to 1970s-era soulful rock poets like Leonard Cohen, Bruce Springsteen and Van Morrison, Rowe boasts an impossibly deep and rich baritone, a gift for melody, and a knack for the perfectly hewn image to get across his haunting, brooding folk-rock anthems. The Capitol Region electro-pop singer-songwriter Girl Blue (stage name of Arielle O’Keefe) will warm up the crowd for Rowe.

Fishermen on the Irrawaddy River, Myanmar by Scott Barrow

(PITTSFIELD, Mass.) – An exhibition of hand-thrown porcelain by Berkshire-based artisan Daniel Bellow is on view in the BerkshireNow gallery space at the Berkshire Museum now through Monday, May 22. The work by the accomplished potter, remarkable for its exquisite glazes and intriguing textured surfaces.

For this solo exhibition, Bellow has created sculptural forms in porcelain and imagined a detailed scenario about their origin. According to Bellow’s backstory, scale models of rocket ships, supposedly created during the Song Dynasty in China at the command of Emperor Gaozong, have recently been discovered by archaeologists.

The unique sculptural “rocket ships” in the exhibition echo the work of the Song dynasty potters, whose smooth, dense porcelain ware was praised for its simplicity of shape and understated decoration. 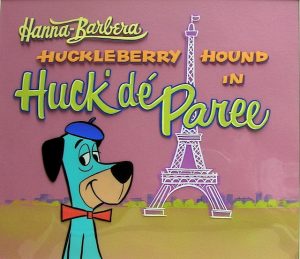 (STOCKBRIDGE, Mass.) – “Hanna-Barbera: The Architects of Saturday Morning” features the work of the creative team behind such memorable Saturday morning cartoons as “The Yogi Bear Show,” “The Flintstones,” and the “The Jetsons,” on view at Norman Rockwell Museum through May 29, 2017.

Before the rise of basic cable, Saturday mornings for many children in America were spent watching cartoons on one of three available television channels. From 1958 through the 1980s, a majority of those cartoons bore the imprint of Hanna-Barbera. Creating scores of popular series such as The Yogi Bear Show, The Flintstones, The Jetsons, Jonny Quest, and Scooby-Doo, Hanna-Barbera was an animation powerhouse and its bountiful creativity is beloved to this day. 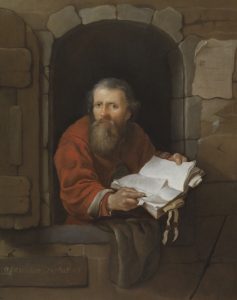 17th-CENTURY DUTCH PAINTINGS at THE CLARK

(WILLIAMSTOWN, Mass.) – An Inner World: 17th-Century Dutch Genre Painting is on view at the Clark Art Institute now through Sunday, September 17. The exhibit brings together paintings from the Clark and The Leiden Collection, among the largest and most important private collections of Dutch Golden Age paintings in the world. The exhibition features seven exceptional genre paintings by Dutch artists working in or near the city of Leiden in the 17th century.

An Inner World explores the work of Gerrit Dou (Dutch, 1613–1675) and his contemporaries by considering tradition and innovation in the representation of figures in interior spaces, individuals in moments of contemplation or quiet exchange, and the enduring taste among collectors for works created by fijnschilders, or fine painters.

(NORTH ADAMS, Mass.) — Nick Cave, the artist known for his wearable sculptures called Soundsuits, turns expectations inside out at MASS MoCA in “Until,” a massive immersive installation. Cave uses MASS MoCA’s signature football field-sized space to create his largest and most overtly political installation to date, made up of thousands of found objects, a rich sensory tapestry. The sheer volume of material that has been gathered is astounding — 16,000 wind spinners; millions of plastic pony beads; thousands of ceramic birds, fruits, and animals; 13 gilded pigs; more than 10 miles of crystals; 24 chandeliers; 1 crocodile; and 17 cast-iron lawn jockeys.