The cultural highlights in our region this weekend include opera, comedy, folk, jazz … plus a whole lot more. 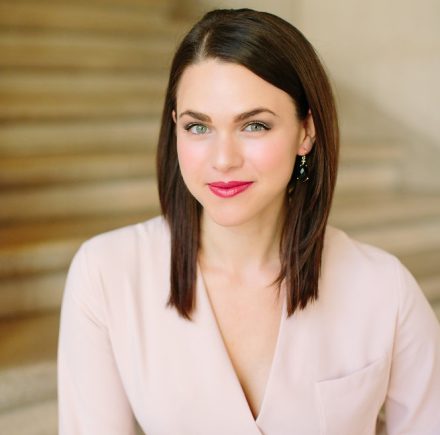 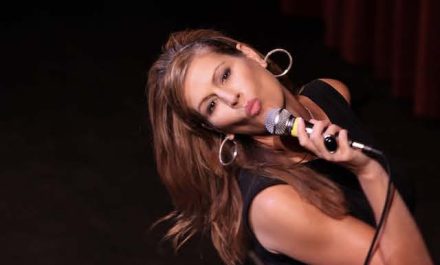 Shakespeare & Company turns its stage over to the Berkshire Mountain Comedy Arts Festival on Saturday at 8pmwith Kevin Bartini & Friends. Joining Bartini are fellow comedians Rick Younger and Kerri Louise. Bartini has been seen most recently as recurring character Billy Jones in The Marvelous Mrs. Maisel; Younger has appeared on TV in the Amazon series Crisis in Six Scenes and HBO’s Girls; and Kerri Louise recently appeared on the Showtime comedy special Funny Women of a Certain Age. She’s also the author of the books Mean Mommy and Harry the Elephant Has an Allergy. (March 26)

WE GOT THE BEAT WOMEN-IN-ROCK SUMMIT

Darlene Love, Joan Osborne, Kate Pierson (B-52s), Genya Ravan, Amy Rigby, and Simi Stone headline We Got the Beat, a women-in-music summit featuring three days of concerts, panel discussions, film screenings, conversations, and more, at the legendary Bearsville Theater in Woodstock, N.Y., today, Saturday, and Sunday. The brainchild of co-producers Holly George-Warren and Lizzie Vann, the event will honor the achievements of women in the music industry while setting goals for the future. (March 25-27)

WAILIN’ JENNYS at THE BARDAVON

The Wailin’ Jennys bring their gorgeous three-part harmonies and blend of traditional folk, acoustic balladry, and American roots music to the Bardavon in Poughkeepsie on Sunday at 7pm. The Winnipeg-based vocal group, featuring Nicky Mehta, Ruth Moody, and the Hudson Valley’s own Heather Masse – has garnered two Juno Awards, the Canadian equivalent of the Grammys. (March 27)

JOHNNY SOCIETY, MOMMYHEADS and LEW TABACKIN at THE FALCON

On Saturday at 7pm at the Falcon in Marlboro, N.Y., two creative rock bands — Johnny Society and the Mommyheads— play a split bill to benefit the Ukraine Crisis Relief Fund. Especially recommended if you like NRBQ, old Genesis, or Talking Heads. Then on Sunday, the Lew Tabackin Trio, featuring the legendary saxophonist and flutist, perform their expansive jazz in celebration of Lew’s 82nd birthday. (March 26-27)

“Fun Home,” the winner of five 2015 Tony Awards, including Best Musical, based on Alison Bechdel’s best-selling graphic memoir of the same name, is being staged at the Ghent Playhouse starting tonight and running through April 10. (March 25-April 10)

Sam Miller, author of ‘The Blade Between’ (photo courtesy TSL)

SAM MILLER’s ‘THE BLADE BETWEEN’ RETURNS to HUDSON

Last year Ecco Press published Hudson native Sam Miller’s novel, The Blade Between, which was a delirious combination of horror, eco-thriller, small-town drama, historical fiction, and social criticism, all wrapped up in one gripping page-turner. Miller returns to his hometown on Monday at 6pm when he celebrates the publication of the paperback version of the book at Time & Space Limited. The event is both live-in-person and livestreamed via Zoom. (March 28)

David Alan Miller leads the Albany Symphony in a program of works by Tania León, Sir William Walton, and Jean Sibelius this weekend at the Troy (N.Y.) Savings Bank Music Hall on Saturday at 7:30 and Sunday at 3pm. (March 26-27) 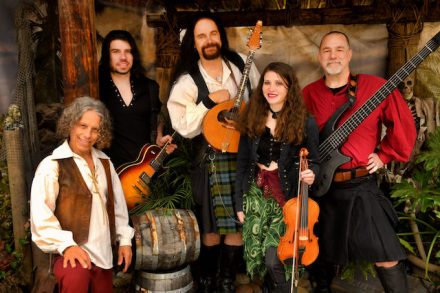 Bay Area-based folk-rock group Tempest has delivered a hybrid of high-energy music fusing Irish reels, Scottish ballads, Norwegian influences and other world music elements since forming in 1988. The Albany-based instrumental rock group Jagaloons warm up the crowd for Tempest with their singular brand of Neo-surf rock at the Linda, WAMC’s Performing Art Studio, next Thursday at 8pm. (March 31)